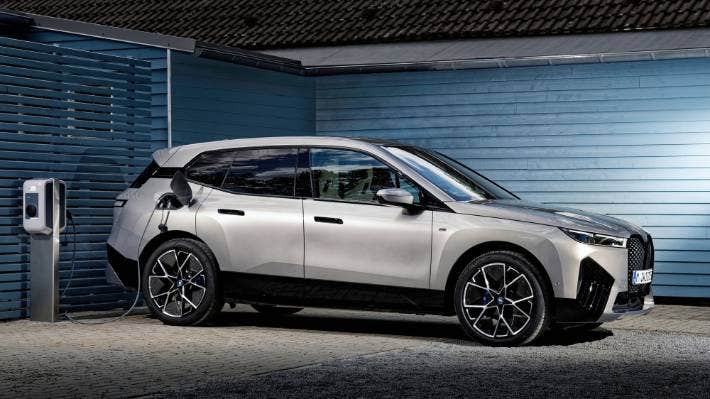 BMW has revealed the all-electric iX1, and it’s coming to New Zealand.

BMW is still holding reservations about the big push into EVs, as Europe prepares to go battery over the next decade.

Oliver Zipse, CEO of BMW, said last week that it’s “wrong to switch off the combustion engine in Europe.”

“The industry will look different in terms of scale and structure than it does today if it goes to just one technology,” he added, according to German business magazine Wirtschaftswoche. A deadline for banning internal-combustion engines “would lead to distortions that nobody here can control anymore”.

Instead of pushing for battery-electric cars, Zipse said that European politicians should expand the approach to all technologies. For example, if the industry as a whole had to improve its CO2 emissions by 5% every year, including supply and manufacturing, there would be “massive positive climate effects.”

Zipse’s views were echoed by BMW’s director of development, Dr. Frank Weber, who told carsales that electric vehicles will not be sustainable until the industry “closed the circle” on recycling.

“What we have to understand when it comes to raw materials – how they are processed, how they go into vehicles and how they’re going to be recycled – is that it takes so much energy to make the cells that we have to make sure the entire process is closed.

“The overall CO2 contribution [in EV battery cell manufacture] is larger than anybody thinks.”

‘Closed-circle’, or ‘closed-loop’ recycling refers to products that are designed in a way that benefits the overall supply chain, with universal collection and recovery, easy remanufacturing and economic feasibility.

Get the latest EV news, delivered to your inbox

Think glass used in bottles or jars, or aluminium used in cans. Glass and aluminium are can be recycled without any degradation to their quality, making them very valuable in a loop.

‘Open-loop’ recycling, on the other hand, means recycled materials don’t have a dedicated output. The materials can be put back into a product chain but are typically lesser in quality, or even rejected as waste.

Another spanner in the works is the fact that there are very few countries in the world that are prepared for a full-scale switch to electric power, and there still won’t be by 2035, when many are planning to ban the sale of new combustion-powered vehicles.

“When you look at the regulations, there will be a promised change in the mid 2030s, but when you look at BEV readiness, you have to look at charging, green electricity, gigafactories…” Weber said.

“Do the math and you see this is already super ambitious to say 100 per cent BEV in 2035. Firstly, if the charging isn’t green then it doesn’t make sense. There is no plan in any country that sees the investment needed and this is not the plan that works.

“The plan is: you have to prepare the whole system for this BEV capability, from charging infrastructure, gigafactories, renewable power, recycling, European materials for European factories.”

For what it’s worth, the latest figures from the Ministry of Business, Innovation and Employment say that electricity supply in New Zealand increased to 82.1% in 2021, up a percentage point compare to 2020. This was despite La Nina conditions causing below average hydro storage and inflows, which led to an increase in coal use for electricity generation in the first half of the year.

BMW is still planning on introducing more electric vehicles into its range. By 2025 it wants to offer a battery-powered version of every model it sells, but it is also making efforts to reduce CO2 output in the supply and manufacturing sides, like closed-loop recycling.

“We will have up to 50% recycled nickel in our battery cells, but if we are not going to close those circles, then BEVs will not be sustainable,” he said.

BMW is working on hydrogen power, likely to debut in an X5 variant.

BMW is also working hard on hydrogen technology, something Zipse thinks remains viable, perhaps even more so than battery-electric. He said that hydrogen is the “only raw material that can be sustainably produced and stored,” without needing massive investments in infrastructure.

“You can convert a [traditional fuel station to hydrogen] in two days. The way there is relatively short, unlike with electromobility, where you need connections to the medium-voltage grid and you need a charging infrastructure for every car,” he said.

“That’s a lot of work. That will work, but not as the only solution. This is going to take far too long. That’s why we firmly believe in hydrogen. It will come and it will come at BMW, I am very, very sure of that.”