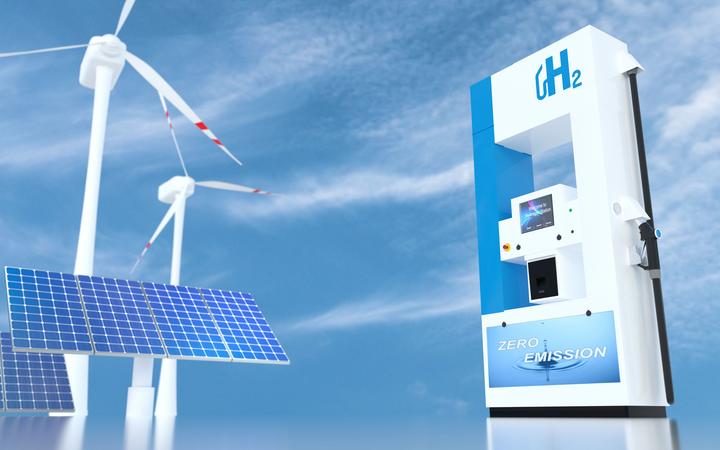 The two big power companies are looking to develop the world’s largest green hydrogen plant in Southland, once the supply agreement with Aluminium Smelters for Tiwai Point comes to an end in late 2024.

“New Zealand has a key competitive advantage, as the renewable electricity available from 1 January 2025 could produce green hydrogen at an internationally competitive price point,” a report by global consultancy McKinsey & Co said.

The report said the key issue was the timing of such a development, which would cost in the order of a billion dollars, according to Contact Energy chief executive Mike Fuge.

There was a range of uncertainties that would influence the viability and timing of a green hydrogen opportunity, the report said, including international government support, the certification of green hydrogen, technology developments, alternative fuels and consumer preferences.

“Given the extent to which growth is forecast, there is confidence that these issues will be overcome,” the report says.

Fuge said the next step was to investigate potential markets for green hydrogen products, with liquid hydrogen and ammonia the most likely products.

McKinsey & Co suggests the plant would have the potential to earn hundreds of millions in export revenue and would help decarbonise economies here and overseas.

“Hydrogen is projected to remain more expensive than conventional fossil fuel energy sources in the medium term,” the report says.

“Bridging this cost differential will require significant government support through carbon pricing or other measures.”

Fuge said Southland had the necessary infrastructure to support the development.

“It has a deepwater port. It has transmission. It has some wonderful hydro schemes that have already been built. It has a significant wind resource, which is not tapped,” he said.

Southland as lots of things going for it in terms of getting a green hydrogen or other industries set up down there.”More information is on the power companies’ Southern Green Hydrogen website.

Tiwai smelter power could be diverted to hydrogen by 2023

The government has been told Southland could start producing green hydrogen as early as 2023.

Emails released under the OIA show the giant Australian mining company, Fortescue, began wooing the Government over hydrogen more than a year ago.

“They are aiming for production of hydrogen from 2023,” an official wrote in July last year.

Another note says “design and consenting for H2 plant… by 2025” – and has a question mark over whether this might use “600MW” of power, a bit more than the smelter has has had contracts for.

The emails show Fortescue has had repeated meetings or talks with Energy Minister Megan Woods, officials at the Ministry of Business, Innovation and Employment and Department of Conservation, Meridian Energy and Transpower.

It had “rapidly developing plans” for Southland, the company told MBIE.

Woods’ office said, in an email last October, that Fortescue “are quite advanced with plans for Tiwai for hydrogen”.

Asked by RNZ about the 2023 and 2025 dates, Fortescue said: “Timing is dependent on obtaining the required consents and approvals in New Zealand, and investment approval from the Fortescue board.”

In an email three months ago, Fortescue sought another meeting with Minister Woods for its Fortescue Future Industries chief executive Julie Shuttleworth.

This followed queries from MBIE in March about what commercial models for electricity supply would support hydrogen production.

The email shows the company is offering “support of the battery project”; other documents refer to testing large battery technology in trucks.

Hydrogen produced by renewable electricity is known as green hydrogen, which remains mostly an experimental technology with uncertain markets.

Two big power companies, Contact and Meridian, have announced they are looking for partners to look into building a plant in Southland.

Meridian says there has been “high quality” international interest.

The power company has done repeated deals to provide cheap electricity to the smelter, under the threat from smelter owner Rio Tinto that, without a deal, it will shut up shop – the latest earlier this year.

Rio Tinto has done a similar thing in Iceland.

The threat at Tiwai remains despite rising aluminium prices helping push the multinational to a record half-year profit this week – and a $9 billion dividend payout to shareholders.

The OIA emails show officials were not sure about Fortescue’s interactions with Rio.

It had been in talks with the Murihiku Regeneration programme of local iwi. The iwi would not comment on the discussions.

The miner has been accused recently by Aboriginal groups of breaching laws protecting sacred sites.

A Fortescue spokesperson said the company “had a long, proud and widely acknowledged positive impact on Aboriginal people and communities in Australia”.

“Fortescue’s primary objective at all times is to work on a cultural heritage avoidance basis.

“In consultation with traditional custodians, Fortescue has worked to avoid and protect approximately 6000 Aboriginal heritage places.”